…again I have some special “news” to share, of course proudly 🙂
Mr. Rudi Guraziu (Executive Chairman of International Business & Diplomatic Exchange – IBDE), has been admitted to the Freedom of the City of London.

The Freedom of the City of London is a recognition awarded to people who have achieved success, recognition or celebrity in their chosen field.
From time to time the City of London invites individuals who have made a significant impact in their field to take up the Freedom to acknowledge their particular contribution. The freedom of the City is one of the oldest surviving traditional ceremonies still in existence today, it is believed to have been first presented in 1237.

Rudi Guraziu among the “Freemen” – just to mention few names who have received the Freedom, or Honorary Freedom over the years: 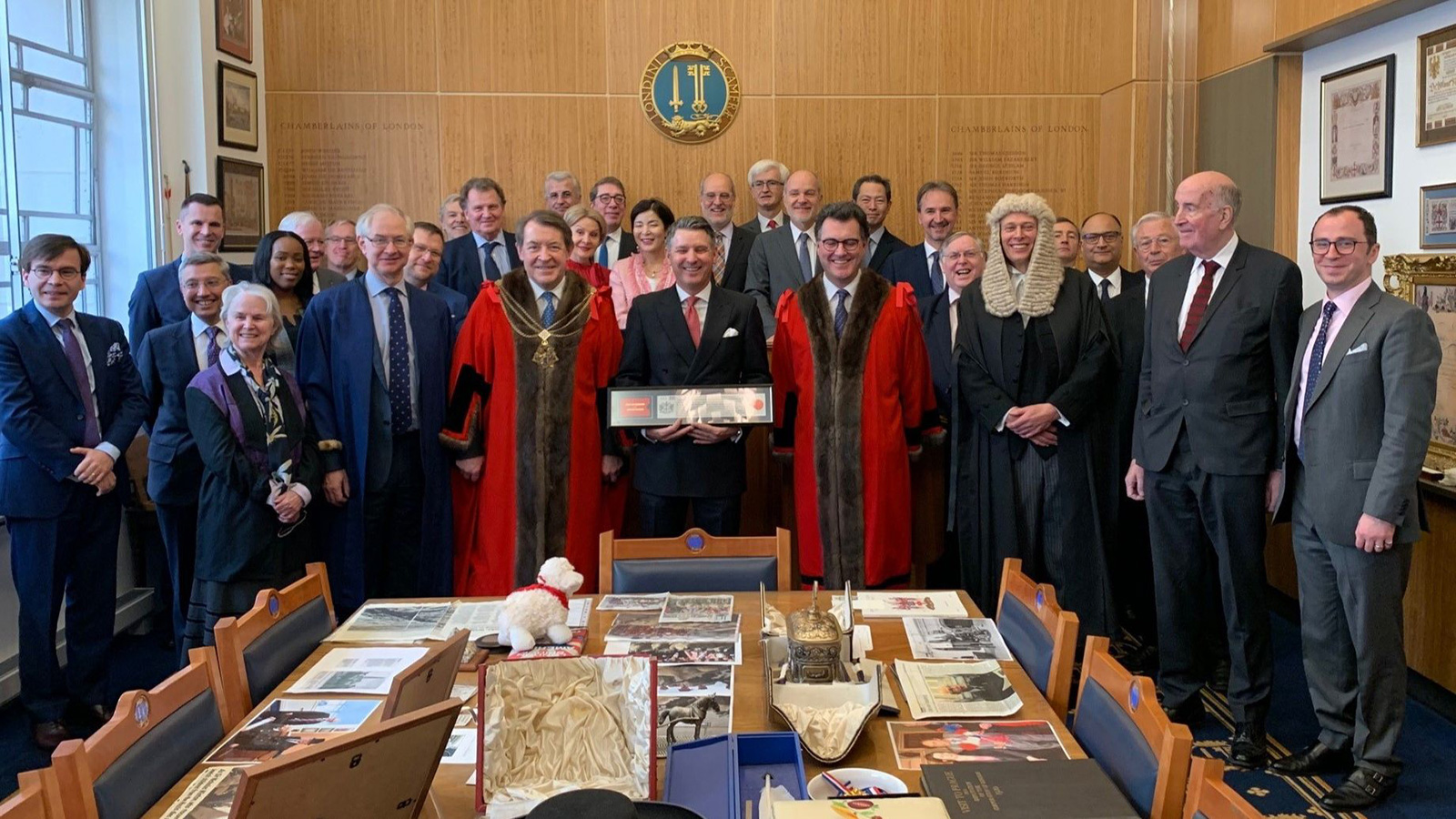 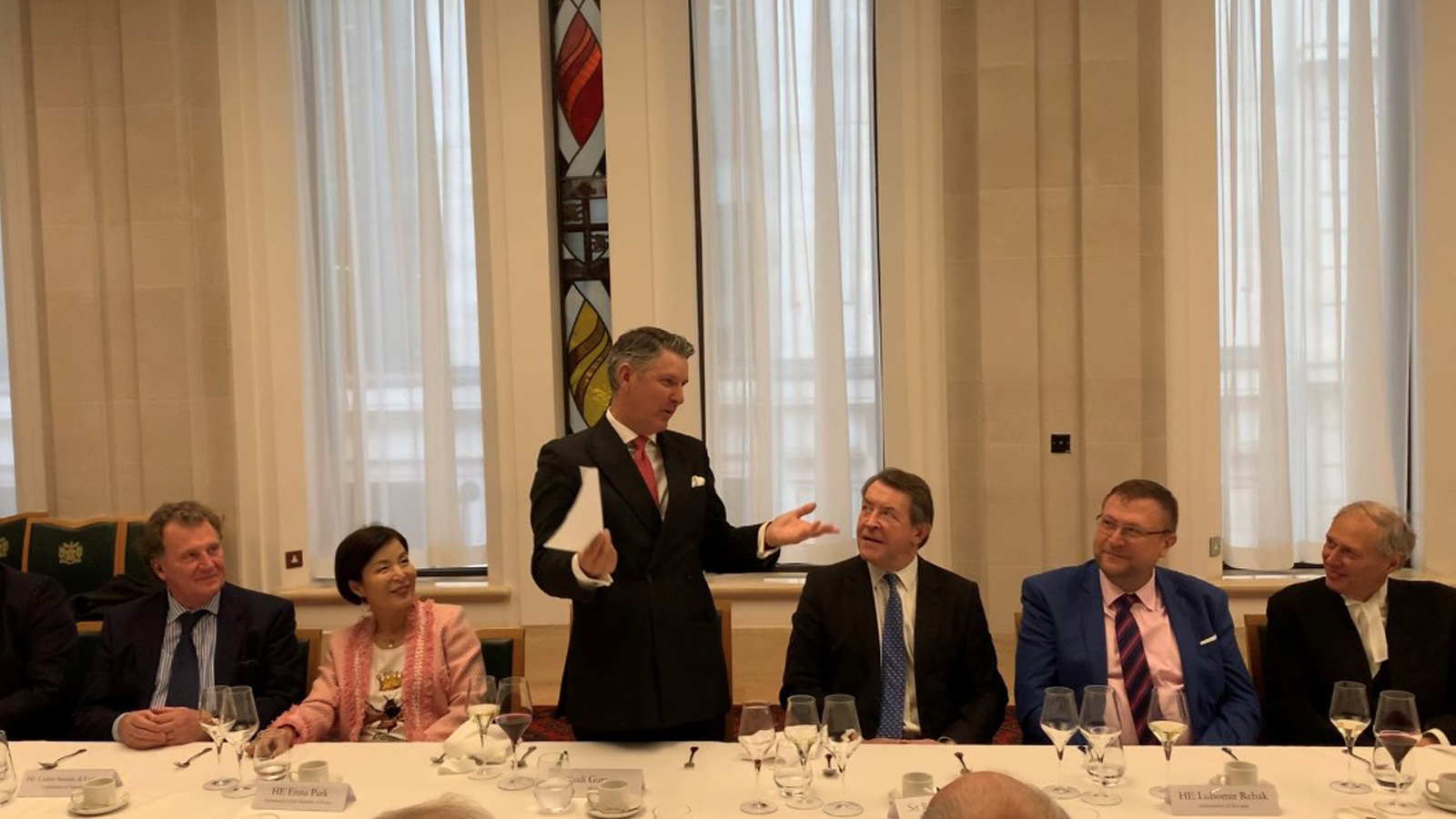 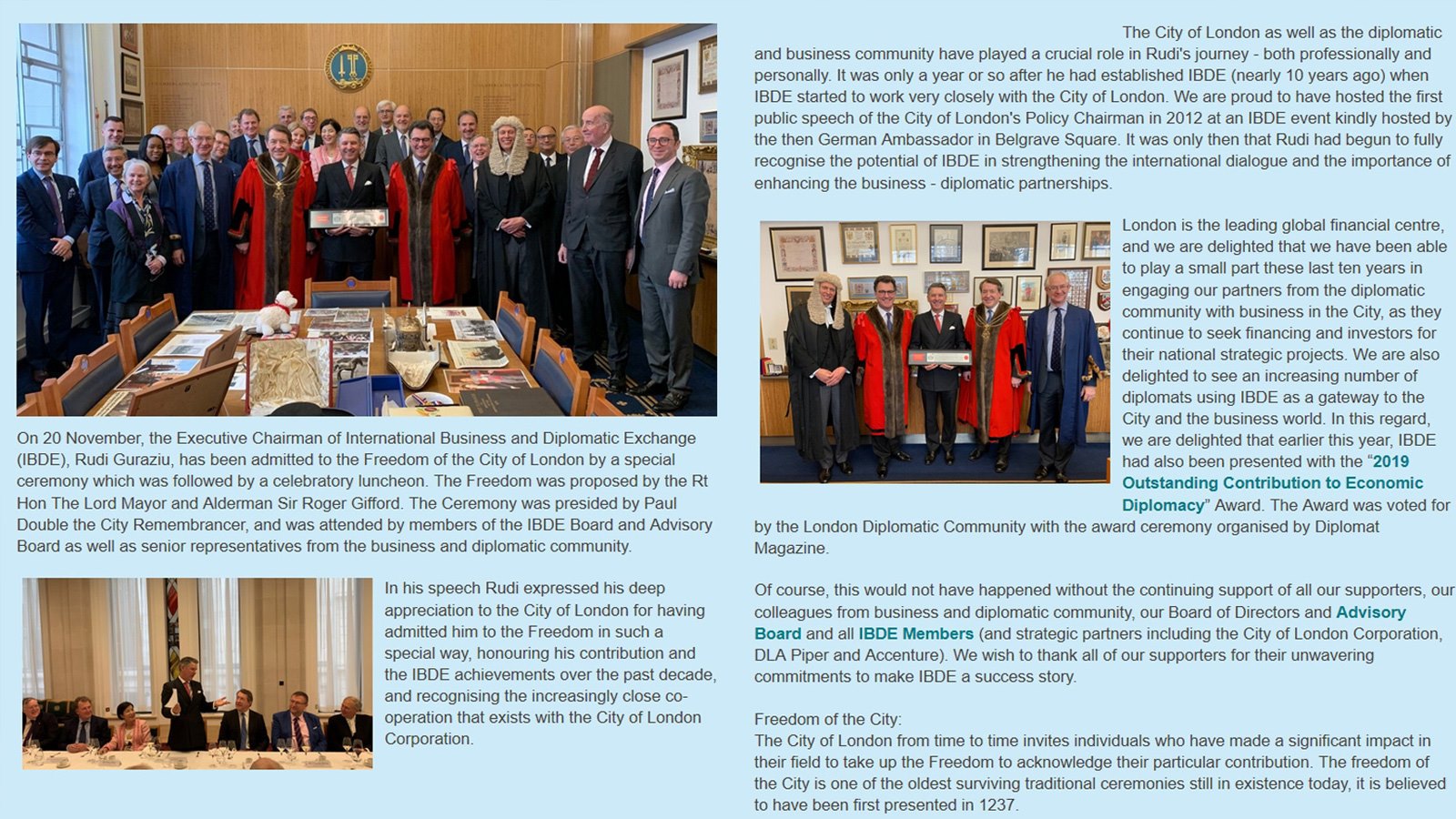